Pokemon: Lucario and the Mystery of Mew 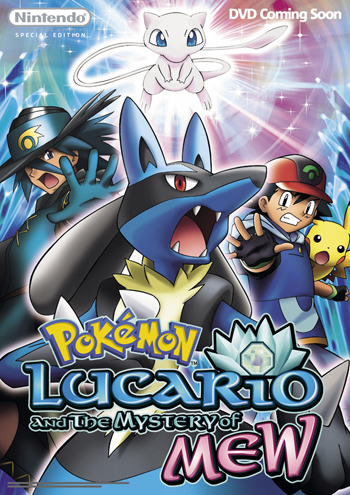 One of our most famously remembered Pokémon movies of the franchise, Lucario and the Mystery of Mew was first released in Japan in the summer of 2005. The English dubbed version first premiered in the U.S. in 2006 at the San Diego, California Comic-Con. The story centers around the two main Pokemon Lucario and legendary Pokemon Mew who is the guardian and protector of the Tree of Beginning. Ash, Brock, May, and Max happen to arrive to Cameran Palace that is overlooked by the Tree of Beginning in order to take part in a festival to celebrate the city's hero Sir Aaron, an aura-guider along with his Pokemon Lucario. He had sacrificed himself to prevent a war among the Pokemon, and sealed away Lucario into his staff in order to protect him. Suddenly, during the festival, Pikachu and Meowth are accidentally whisked away by Mew to the Tree of Beginning, prompting Ash and his gang to set off to find him, with the help of Lucario who broke free from the staff after so many eras. Trouble awaits the gang as they try to find Pikachu and enter the tree's domain.

Movie Trailer
Credits to the original owner of the video :) 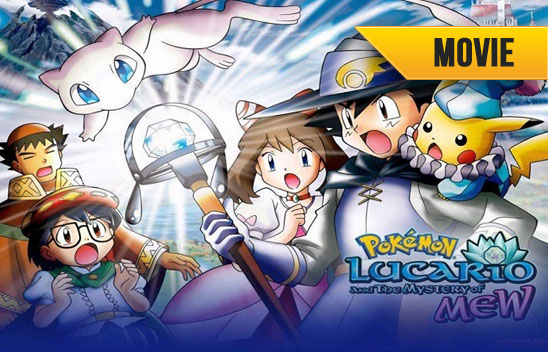 Overall, the movie itself was very well written and directed. This is actually a fan favorite of mine, however I speak from a biased point of view as there is not one Pokemon movie that was not a favorite. I had actually only watched the English dubbed version, but I have heard that there were only a few minor differences between the original release and the English release. When I first saw it many years ago, I extremely enjoyed the fight scenes and following the story of the noble Lucario who was able to open himself up again after feeling betrayed and locked away. The childish bickering with Ash, who Lucario initially mistook as Sir Aaron due to their resemblances and similar aura powers, were absolutely hilarious. The scenes of Pikachu reuniting with Ash, and the Tree of Beginning nearly separating Ash and his gang from their Pokemon once more, also had made me quite teary. After recently watching it again, I feel that I was better able to appreciate the beautiful animations of the scenery, as well as the music that was used throughout the movie. The ending of the movie, with Lucario reuniting with Sir Aaron after saving the tree with Ash, was also very sweet. Truly, there is not much that can be complained about when it comes to Pokemon movies.

A link to Rotten Tomatoes
A link to my second page